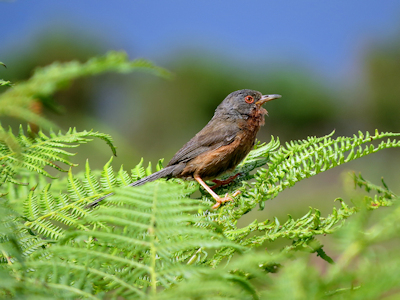 The choice of 2018 for a full county survey was not a good one. The two spells of severe cold weather late in the winter resulted in a much reduced population. In the New Forest a total of 143 territories was located by HOS volunteers, the lowest total recorded since 1980. Surveys of the Thames Basin and Wealden Heaths SPAs produced totals of 52 and 33 respectively compared with 106 and 54 in 2017. The coastal population was largely exterminated although there were records in May-July in the Keyhaven-Normandy area and at Browndown and Gilkicker Point.